Turkana County’s tourism and cultural festival is called the Tobong’u Lore. It was launched by the Turkana County government five years ago and has been successfully held annually over the years.

The word Tobong’u Lore means ‘coming home’ or ‘welcome back home’ in the Turkana language, serves as an initiative by the community to celebrate culture, appreciate diversity and bring unity and peace.

The festival lasts three to four days where both locals and tourists can come and experience the richness of the Turkana culture. Below are other intriguing facts you should know about the Tobong’u Lore festival.

The Tobong’u Lore festival is characterized by colourful and flamboyant dress code. The participants come dressed in traditional attire and accessories. The women come decked out in traditional beaded necklaces, bangles, beaded belts and earrings. The men come dressed in flamboyant headgear, traditional clothes and special anklets. In the Turkana community, their outfits and accessories usually have a certain cultural significance which enforces their heritage. Participants who are not familiar with the culture are greatly welcomed to participate as well. This gives Tobong’u Lore a modern twist as outsiders freely interact with locals.

The festival is also marked by many interesting and interactive activities. People dance and sing traditional songs which make it more fun. Turkana traditional dances are usually lively so you are bound to enjoy yourself. As the festival proceeds, you get to watch different performances such as skits and musicals that entertain and pass important messages to the audience.

There are exhibitions at the festival as well. This is a great opportunity for people to showcase their products which you can buy at great prices. The exhibitors also take this time to promote important community initiatives that they have been working on such as women empowerment projects. 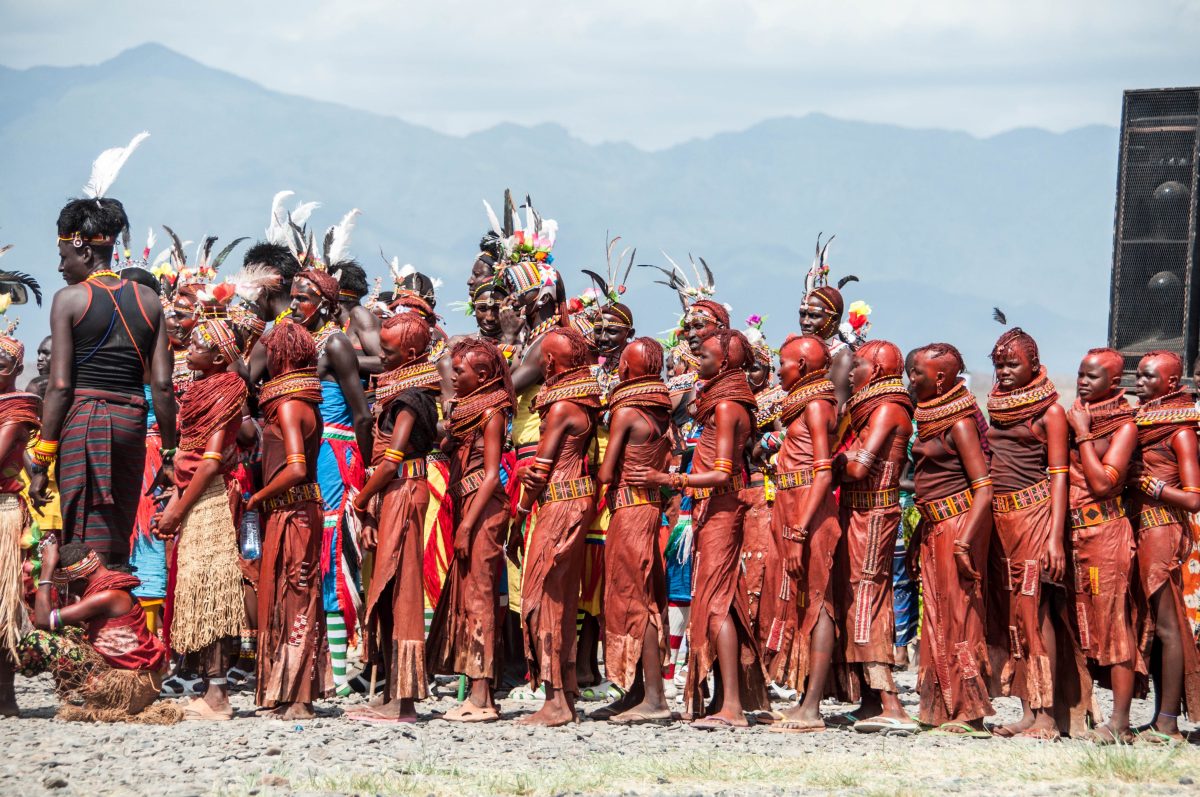 One of the most important aspects of a festival is the food. And this is what they will get! Visitors get to taste some traditional delicacies that are unique to the Turkana people. The locals prepare their famous goat blood mixture for you to taste as they demonstrate the methods they use to collect blood from animals without killing them.

The festival is symbolic for the local Turkana community, the nation as a whole and the world. The locals in the community have experienced unfortunate events including tribal clashes. Many of these clashes are as a result of livestock related conflicts. The region is faced with security issues from time to time, which can leave no time for fun. The festival is therefore very crucial because it is intended for peace building, togetherness and celebration.

Turkana is also arguably considered as the cradle of all cultures of the world. The festival is a way of connecting people of the world with their heritage and roots hence the title, ‘Welcome back home’.